Emery N. Brown is the Edward Hood Taplin Professor of Medical Engineering and Computational Neuroscience at the Massachusetts Institute of Technology; the Warren M. Zapol Professor of Anaesthesia at Harvard Medical School; and an anesthesiologist at Massachusetts General Hospital.

Dr. Brown is an anesthesiologist-statistician whose experimental research is defining the neuroscience mechanisms of how anesthetics work. This research has important implications for revolutionizing anesthesia care as well as for a broad range of other problems in clinical neuroscience. He is also widely recognized for his development of statistical and signal processing methods for neuroscience data analysis.

Dr. Brown served on President Obama’s BRAIN Initiative Working Group.  He is the recipient of a U.S. National Institutes of Health Director’s Pioneer Award, a U.S. National Institutes of Health Director’s Transformative Research Award, a Guggenheim Fellowship in Applied Mathematics, the American Society of Anesthesiologists Excellence in Research Award, the Dickson Prize in Science from Carnegie-Mellon University and a doctorate honoris causa from the University of Southern California. 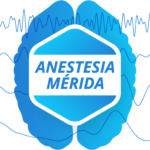